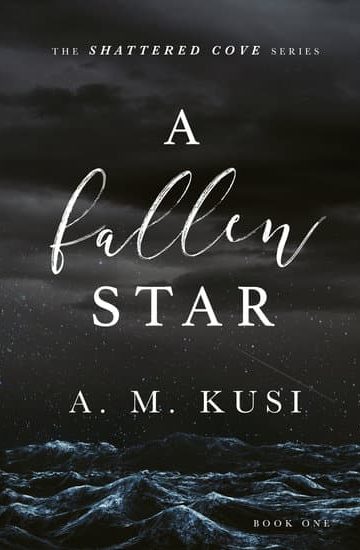 He’s tormented by dark addictions. She’s fighting for a lifelong dream. Can they rise from the ashes of despair and find happily ever after?

Mikel Evans is broken. With all his attention focused on dealing with blackmail and a drug dependency, his day-to-day is barely survivable. So when he reflexively steps up to defend his best friend’s little sister, he’s blindsided when she leans in for a kiss.

Remy Stone is done bottling up her emotions. And now that she’s finally caught Mikel’s eye, she’s determined to pursue the relationship despite the red flags. But when his violent past lands her in the hospital and reveals her own hidden truth, Remy’s resolve falters.

Trapped in a vicious cycle of temptation and relapse, Mikel knows the only way out is to bare his soul of its twisted secrets. And though Remy wants him with all her heart, she fears his demons will always come between them.

Can the embattled couple defeat the monsters that threaten their love?

A Fallen Star is the emotional first book in the Shattered Cove romance series. If you like steamy relationships, damaged heroes, and stories of second chances, then you’ll adore A. M. Kusi’s gritty tale.

Buy A Fallen Star to shoot for the heavens today!

“My top five reads of 2020, five stars is not enough. Ten stars is not sufficient. A galaxy of stars would not compare to A Fallen Star.” Renita (Reader, Goodreads.com)

“Stick with it because when it’s good, it’s so GOOD!” Renee (Reader, Goodreads.com)

“This was a “rip out my heart and stomp on it, then piece it back together” coming of age romance.” Joyfree (Reader, Goodreads.com)

“A Fallen Star is a beautiful read that romance lovers should not miss.” Chick and Chickadee Blog

“It set me on an emotional roller coaster.” Katina (Reader, Goodreads.com)

“I especially admired the depth of the main characters as they grew and matured throughout the time of their story.” Torky (Reader, Amazon.co.uk)

“This is a beautiful story, heartbreaking, and heartwarming afterward.” Jocelyne (Reader, Goodreads.com)